EXCLUSIVE: Sally Hayfron, Just Like Husband Robert Mugabe Left No Valid Will When She Died In 1992 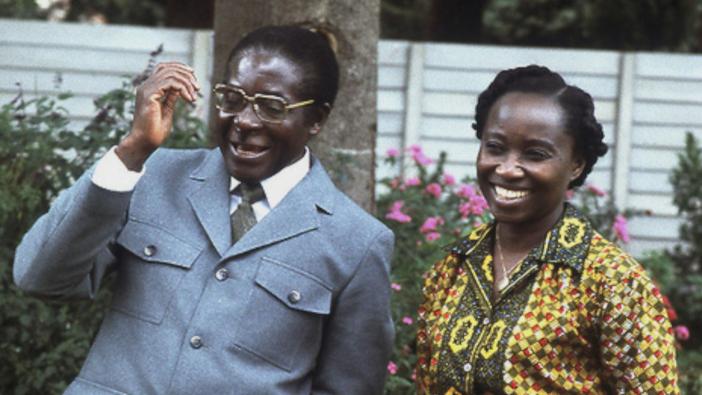 Robert Mugabe’s first wife Sally Hayfron felt so betrayed by her husband after cheating on her with Grace Marufu while on her deathbed that she died so bitter leaving no valid will, documents have shown.

There were Press reports last week that Robert Mugabe’s estate may finally reveal the extent of his wealth but to a surprise of many, there was no will left.

Mugabe during his term in office made sure that this will not easily happen when he, acting out of a personal grievance, amended the law to prevent details of wills and estates being made public.

It all started with the death of Sally Mugabe in January 1992. It was reported that Sally had, out of anger for the marital betrayal related to Grace, disinherited Mugabe in her will. In March 1993, a journalist named Michael Harnack turned up at the Master’s Office to inspect the will. The Master refused him permission. At the time, there was no requirement for a person who wishes to inspect the distribution accounts relating to a deceased estate to establish a financial interest in the estate.

Hartnack represented a number of newspapers, which were published both in the Republic of South Africa and overseas, and was instructed by them to follow the administration of the estate of Sally Mugabe.

Hartnack fought all the way to the Supreme Court and won, with the highest court order that he be permitted to view the details of the estate. Hartnack went on to publish the details of the will and embarrassed Mugabe.  Mugabe immediately ordered that the law be amended. As a result, the Administration of Estates Act was immediately amended.

According to reports, after 10-month delay executors were appointed to wind up the estate of Sally Mugabe who had died in January in 1992. The Master of High Court Jacob Moyo said Sally’s estate was exempt from duty and routine procedures of the Administration of Estates  Act, therefore, need not apply. This is the law that Mugabe had amended in his favour. Moyo announced that there was no valid will found and they appointed executors.

The Master is required by law to preserve all original wills, codicils, testamentary instruments, inventories and liquidation, administration and distribution accounts lodged with him/her. While the law gives the right to any person at any time during office hours inspect any such document, and, obtain a copy thereof or an extract therefrom, on payment of the prescribed fees, this right is now limited. The Master may refuse to allow an inspection if he/she considers it necessary to do so in the interests of the privacy of any person who is a beneficiary, parent, child or spouse of the deceased. He/she can also refuse to issue a copy or an extract where he/she is not satisfied that such copy or extract is required for a purpose which, in his/her opinion, is a lawful or proper one or for any other reason.

Some 25 years ago, Mugabe added the protection of the interests of the privacy of any person who is a beneficiary, parent, child or spouse of the deceased.  He did so because he had been embarrassed. Today, the Master may refuse access to the details of Mugabe’s estate in order to protect the privacy of the beneficiaries, his children and surviving spouse, Grace Mugabe. If he/she does so, anyone aggrieved by the decision will have to challenge it in court.

Mr Robert Stumbles who represented Mugabe declined to comment on the rift between Mugabe and Sally’s family in Ghana.

Patricia Hayfron Bekele, the daughter of the late Sally Hayfron Mugabe, was from an earlier liaison, before Sally then (30) married Robert Mugabe in 1961 told friends how Sally’s twin sister Esther tried to recover her sister’s estate.

Although Sally was forced by the late Sabina Mugabe, to admit that she was indeed Patricia’s mother, Mugabe has secretly maintained that Sally’s twin sister Esther Sophia Hayfron- Booham was the mother to Patricia.

After Sally’s death, Esther visited Zimbabwe and our source in the intelligence said they all thought Mugabe was going to take her as his wife, as it was widely believed that he was sleeping with both women.

Esther died soon after Sally’s death .It is alleged she pressured Mugabe to pay-out her late sister’s Estate which he refused. She was reportedly poisoned allegedly by CIO at Mugabe’s orders at a function at Ghana High Commission in Harare and died afterwards. She was buried at Sekondi, the birth place of his late wife, Sally.
Patricia’s whereabouts are unknown, but her ex-husband, a former manager at Air Zimbabwe took an early retirement and settled in California, USA .It is not clear whether the couple had any kids.

Mugabe’s late sister Sabina pressured Mugabe to look for another woman to bear him children because Sally could not bear anymore after the termination of a second pregnancy in China that claimed the life of Albert Mugabe. Albert had complied with a family arrangement to sire children on behalf of his brother who, by then could not do so.
His body was found floating in the swimming pool at his home.

Mugabe had robbed the national exchequer, and opened a bank account in Switzerland with the proceeds – some millions of dollars, apparently. However, anxious to avoid exposure by the western press, he cunningly put the account in Sally’s name. Then, naturally enough, he moved to take control of Sally’s Swiss account. But no. It was explained to him that under Ghanaian law the property of a wife goes, on her death, to her family. Not to her husband.

Sally’s Ghanaian relatives got the lot. Mugabe is said to have broken every window in State House.-TheZimbabwenewlive.com