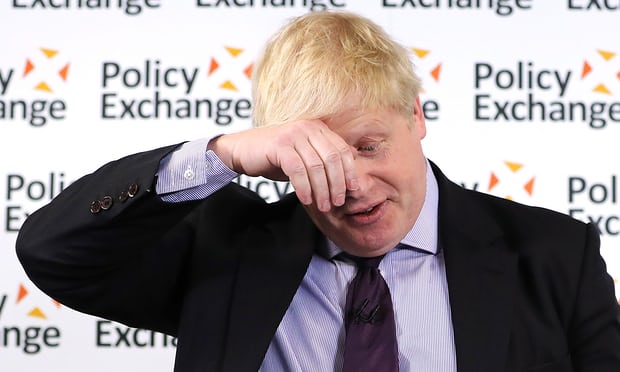 LONDON, England – An overhaul of international student visa rules by the United Kingdom will allow future students to stay for a further two years after graduating in order to find work.

The proposals, announced by Prime Minister Boris Johnson, cover foreign students who start courses in 2020/21 at undergraduate level or above.

Hundreds of Zimbabwean students are believed to be studying in British universities, although the exact figures are not available. As of 2017/18, according to official international enrollment statistics, 458,520 international students were attending university in the UK.

It is understood the new measures will also apply to those already on higher education courses with Tier 4 visas (a general student visa) when the changes are introduced.

International students due to finish their courses imminently may not benefit because the overhaul will be introduced next year as part of a new immigration system.

Johnson said the changes will help those studying in Britain to begin their careers in the UK.

International students who have successfully completed a course in any subject at an institution with a track record in upholding immigration checks will be able to benefit from the measures.

The policy change has been widely welcomed, amid calls for the measures to also apply to those due to graduate in the coming months.

Stephen Isherwood, chief executive of the Institute of Student Employers, welcomed the move, but said “we would like to see students who graduate in 2020 eligible for the visa”.

He added: “This will allow ample time for universities, students and employers to understand and implement the new rules.”

Nick Hillman, director of the Higher Education Policy Institute (HEPI), said that while it would have been beneficial if the change had applied to current international students, the fact that it applies to future generations is not “catastrophic”.

“It would have been good if this had been applied retrospectively, but nobody has been misled about anything,” he said.

“When the current crop of students were applying they knew the rules under which they were applying. If this really mattered to them they probably wouldn’t have come to the UK, they would have gone to somewhere like Australia or Canada.

“They might be feeling that it’s a little bit unfair, for example, if you’re an Indian student currently in the UK and you will be having a younger sibling joining you under the new rules.

“But I don’t think it is catastrophic (that the rules are not retrospective).”

Latest figures show that in 2017/18, there were around 319,000 international students, from countries outside of the European Union, studying undergraduate and postgraduate courses at UK universities.

Tens of thousands start courses, and graduate, each year.

Home Secretary Priti Patel said: “The new Graduate Route will mean talented international students, whether in science and maths or technology and engineering, can study in the UK and then gain valuable work experience as they go on to build successful careers.

“It demonstrates our global outlook and will ensure that we continue to attract the best and brightest.” – Press Association